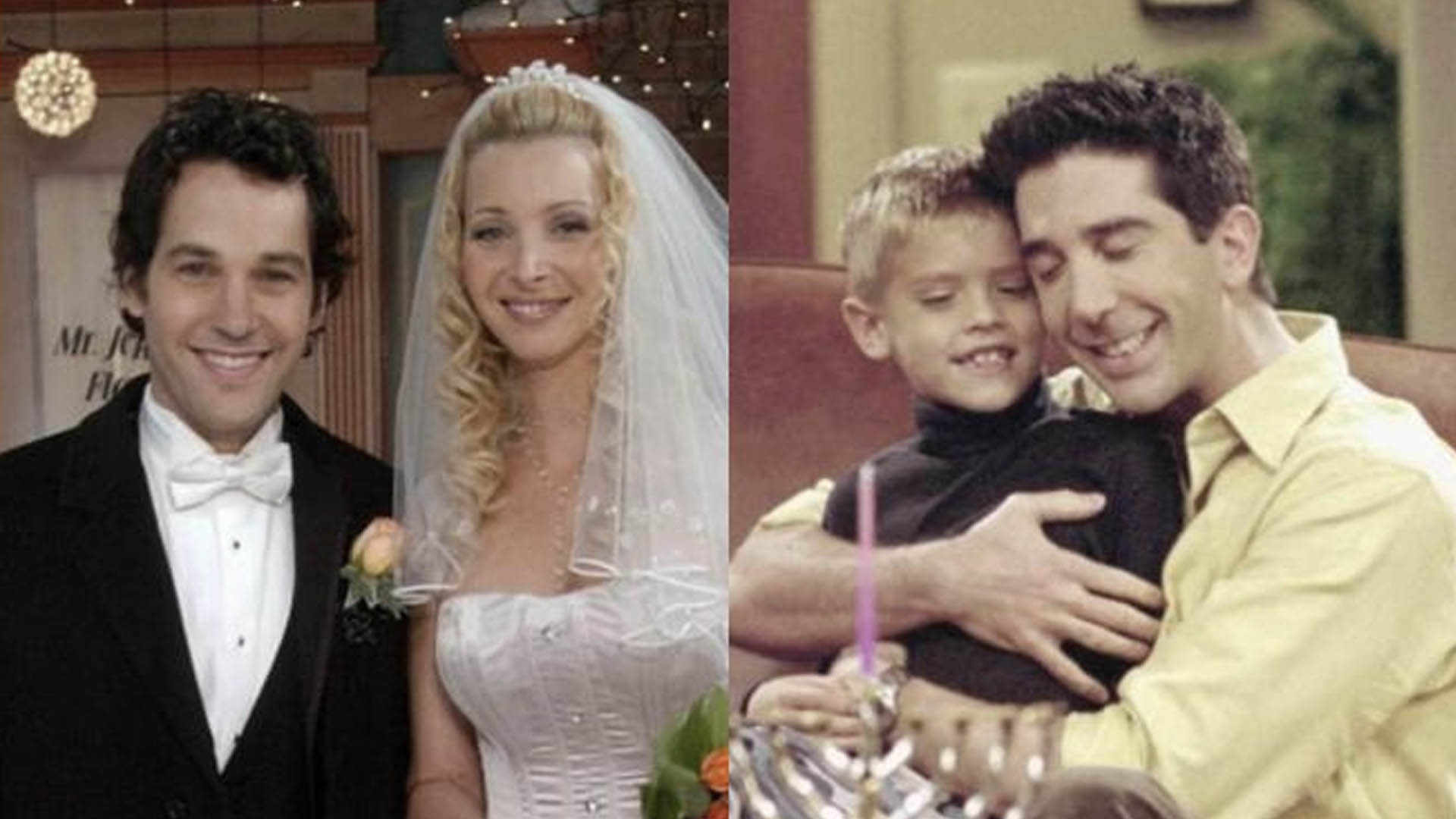 Fans have been surprised by the absence of the actors who played Mike Hannigan and Ben Geller.
Friends: The Reunion has been the nostalgic, emotional and funny special that a sitcom as revolutionary as Friends deserved . In less than two hours, he has given time for everything: recreation of the most mythical scenes, review of anecdotes, surprising revelations and even a fashion show with the best outfits of the series.

There has also been time for star cameos from the Friends universe such as Maggie Wheeler, the unmistakable and iconic Janice; Larry Hankin, the neighbor Mr. Heckles; Tom Selleck, that Richard who drove Monica crazy ; James Michael Tyler, the unforgettable Gunther; Elliott Gould and Christina Pickles, the Gellers; and even Thomas Lennon, the

However, there have been two very notable absences among these guests: those of Paul Rudd and Cole Sprouse. The first gave life to Mike, Phoebe’s husband in the series, while Sprouse got into the skin of Ben, Ross’s son. Ben Winston, the director of the special, has given an interview to The Wrap in which he has referred to the most notable fouls.

“We could not count on everyone because the meeting only lasts one hour and 45 minutes. And we have to pay attention to the six members of the cast,” he explained: “So we could not have too many cameos because, of course, there were hundreds of amazing people who were on Friends during those years. Sadly, we couldn’t have them all. ”

The absence of Rudd and Sprouse is still striking as they are two of the most important supporting characters in the series, but Winston has also explained that there were problems when matching the schedules of several guests, something that was further

complicated by the pandemic. “We invited some who could not be. It is a difficult time to do television because some could not travel on international flights, others were in various film or television shoots …”.

“In a pandemic, it is very difficult to have everyone where you want. And the other thing is that, of course, we do not have flexibility,” he continued: “It was a night in which the six protagonists were available. The synchronization was incredibly difficult. So if you weren’t available on April 7 at 8 PM, then unfortunately you couldn’t participate. ”

Most likely, in the case of Rudd and Sprouse, the inability to make the special is due to their busy schedules. Let’s remember that the first is already preparing for the filming of Ant-Man and the Wasp: Quantumania while Sprouse shoots Riverdale in Vancouver. Be that as it may, we would have loved to see them reunite with the protagonists of Friends.